All Aboard the PreToddler Train! 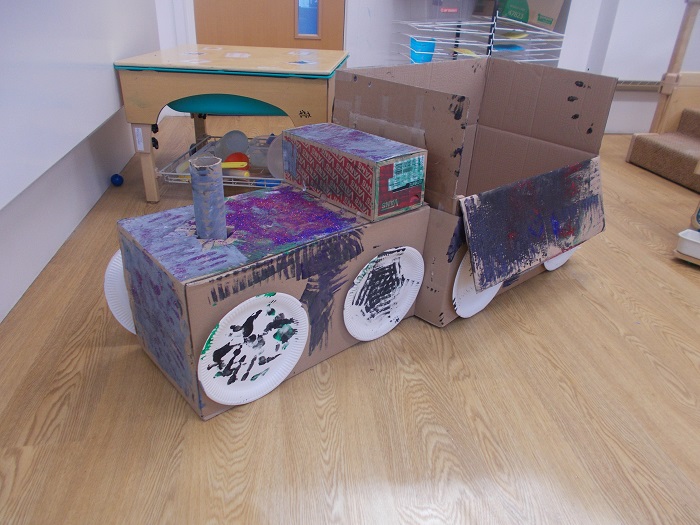 Through observation and parent partnership, We have identified that a number of our children have began to show an interest in trains and transport. During the summer, children have been going on holiday and going on aeroplanes and trains.

We found some large boxes and tubes to make our train. We helped the children to put the train together by sellotaping the boxes together to make the structure of the train. The children wanted to use paper plates for the wheels and they stuck the wheels on the train by using glue. The children chose what colours they wanted to paint the train and they helped by putting their own paint into the paint trays. The children then decided to use the ‘big’ paint rollers to paint their train and it got very messy but was lots of fun! One of the children wanted to use the glitter to make our train sparkly, so he began to sprinkle the glitter all over the train, passing a glitter pot to his friend to help.

The children enjoyed pretending to be a train driver, pretending to go to the beach and shouting ‘all aboard’ and making train sounds. This activity linked really nicely to PSED: (16-26 months) Making relationships – Plays alongside others, C&L: Speaking (16-26 months) -uses sound in play e.g. ‘Brrrm’ for a car, EAD: Being imaginative (22-36 months) – Beginning to make believe by pretending.

To extend the activity, we are going to look at other different forms of transport like an aeroplane and a boat. We can move the trains and cars through paint to see the marks that they leave and see what happens when the cars and trains are rolled down ramps and over different surfaces. 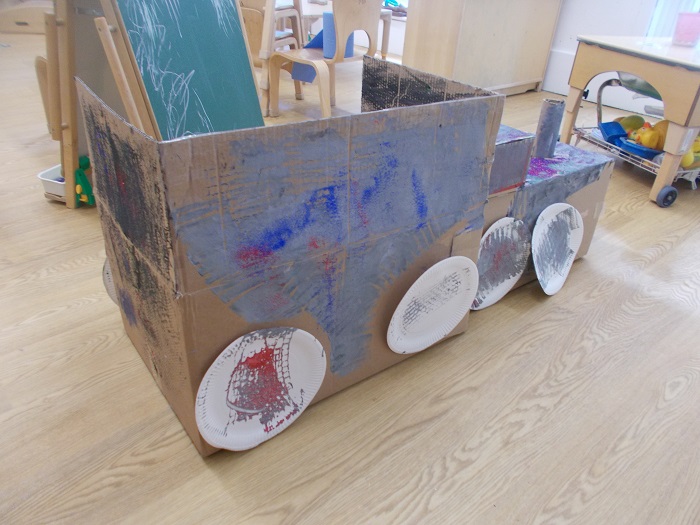 Preschool 2 get their hands dirty in the vegetable patch