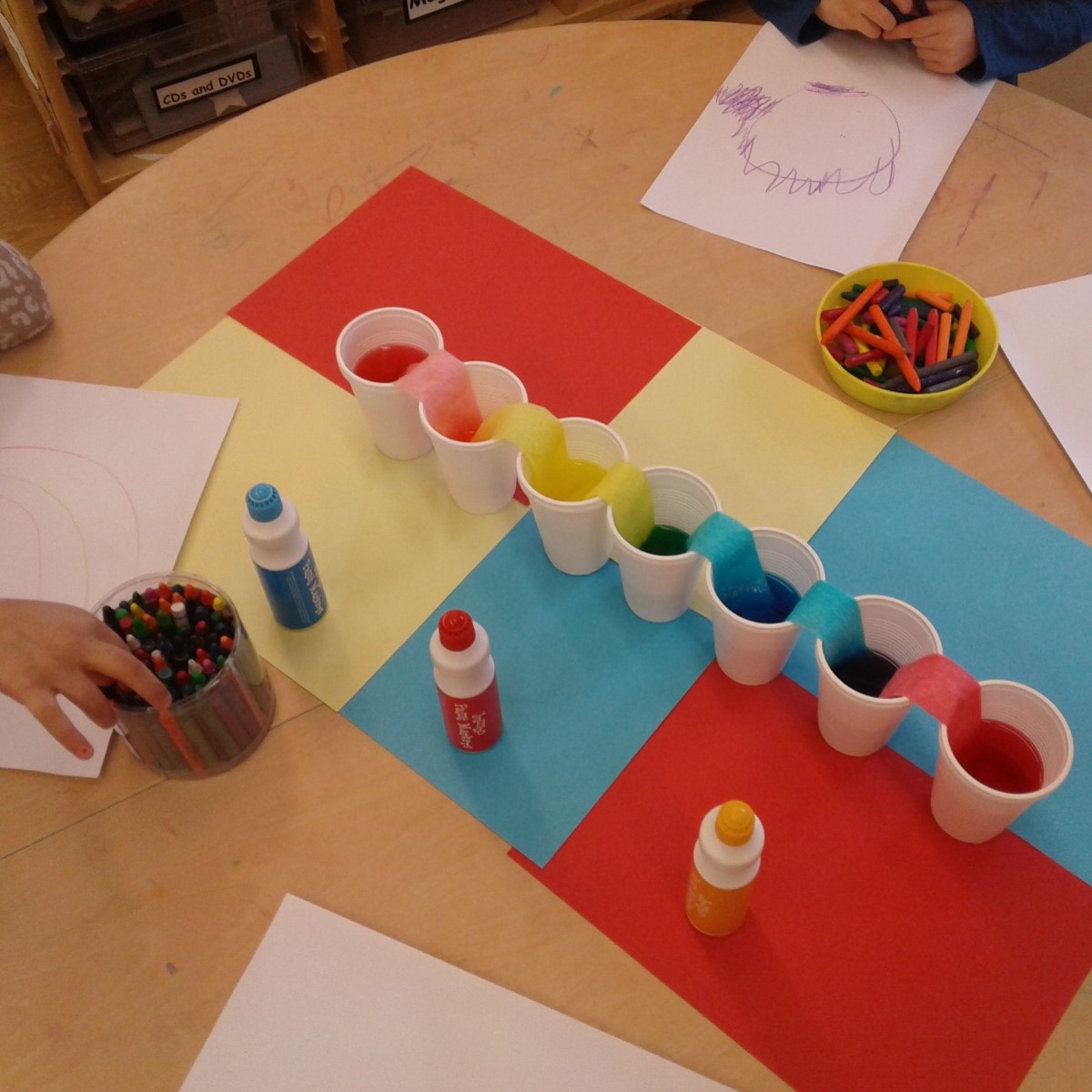 How Strong is an Eggshell?

Firstly, we tried to squash the egg in our hand. That didn’t work! We then sat 4 eggs under a piece of card and started to put wooden bricks on top. We managed to put 32 bricks on before one egg broke. We then tried again with 3 eggs. This worked even better, as we managed to sit 39 bricks before another egg broke! We couldn’t believe how strong the eggs were!

Can you cook an egg using a hairdryer?

Well, this is what we wanted to know. So, we put an egg in a small pan and Nicky used her hairdryer to heat the pan underneath. We couldn’t believe it, but the heat actually started to cook the egg!

How do you get air holes in bread, which make it look like sponge? This is what we wanted to know.

By using yeast! When we mix it with flour, sugar, water, and salt to make the bread it feeds off the sugar and produces the gas carbon dioxide. This is what makes to bubbles in the bread dough. But yeast is a bit like Goldilocks and the Three Bears story. It doesn’t like things too hot or too cold; it needs to be ‘just right’.

So, we added water and sugar to three cups. One with cold water, warm and hot, then added a latex glove on top. We then watched and waited. The bubbles from the gas started and cup number 2 containing the warm water started to blow up.

It was amazing! Next, we are going to use the yeast to make some bread so we can see what happens to the bread.

How does a flower grow and where does the water go?

We put red, blue, yellow and green food colouring into cups of water. Then we added a white carnation flower to each cup. Then watched and waited. After a while, the petals on the flower started to become slightly colourful.

This showed us that the water travels up the flower’s stem and into the petals.

Next, we are going to look at all the different parts of a flower and learn about how they all work together to make the flower grow.

This was such a fun experiment. We had a piece of string that stretched from one end of the room to the other, with a straw fed through it. We then attached a blown-up balloon onto the straw and let the balloon go. The force from the air coming out of the end of the balloon pushed the balloon all the way across the string to the other end of the room. This action is called ‘Thrust’. Just like what happens to the engine on a space rocket as it shoots up into space!

We wanted to find new ways of mixing colours. So, we started off with 7 cups then we added water and food colouring (of primary colours) into 3 of them. Then added a strip of kitchen paper towel from one cup with coloured water into an empty cup.  We then carried on doing the same with the others until we had a line.

We waited to see what happened…. But we didn’t need to wait long. The coloured water started to walk up and over the kitchen paper towel. After a while the empty cups had just as much water in them as the others, but the colours had started to mix together. It was amazing! 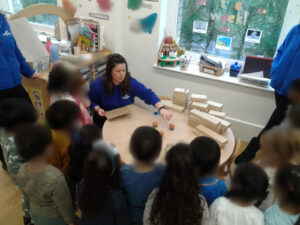 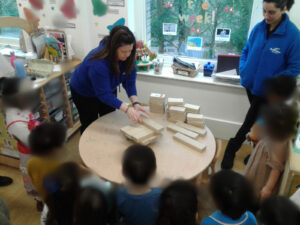 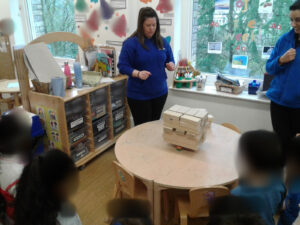 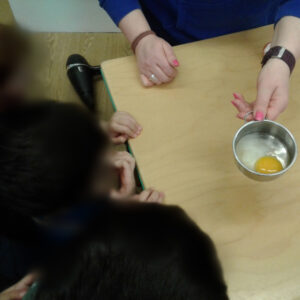 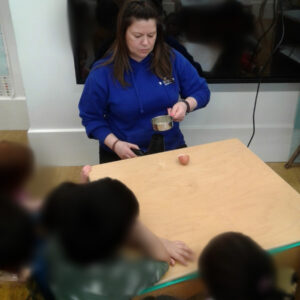 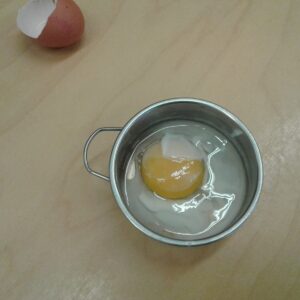 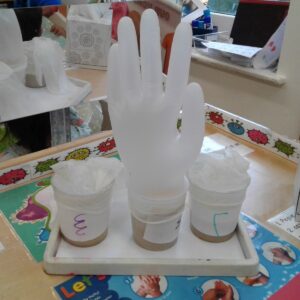 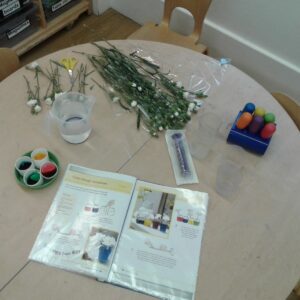 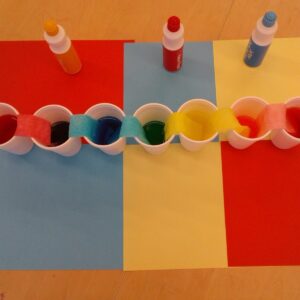 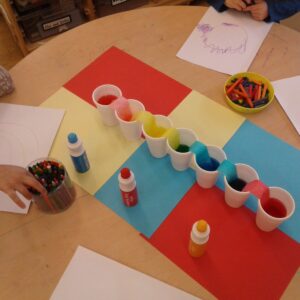 (30-50 months)
Listening and attention; Focusing attention – still listen or do, but can shift own attention.
Moving and handling; Draws lines and circles using gross motor movements / Uses one-handed tools and equipment
Writing; Sometimes gives meaning to marks as they draw and paint
Shape, space and measure; Shows interest in shapes in the environment.
The world; Can talk about some of the things they have observed such as plants, animals, natural and found objects.
(40-60 months)
Making relationships: Explains own knowledge and understanding, and asks appropriate questions of others.
Listening and attention: Maintains attention, concentrates and sits quietly during appropriate activity / Two-channelled attention – can listen and do for short span.
Understanding: Listens and responds to ideas expressed by others in conversation or discussion.
Speaking: Uses talk to organise, sequence and clarify thinking, ideas, feelings and events.
Shape, space and measure: Orders two or three items by length or height.
The world: Looks closely at similarities, differences, patterns and change.
Exploring using media and materials: Explores what happens when they mix colours / Understands that different media can be combined to create new effects / Manipulates materials to achieve a planned effect.