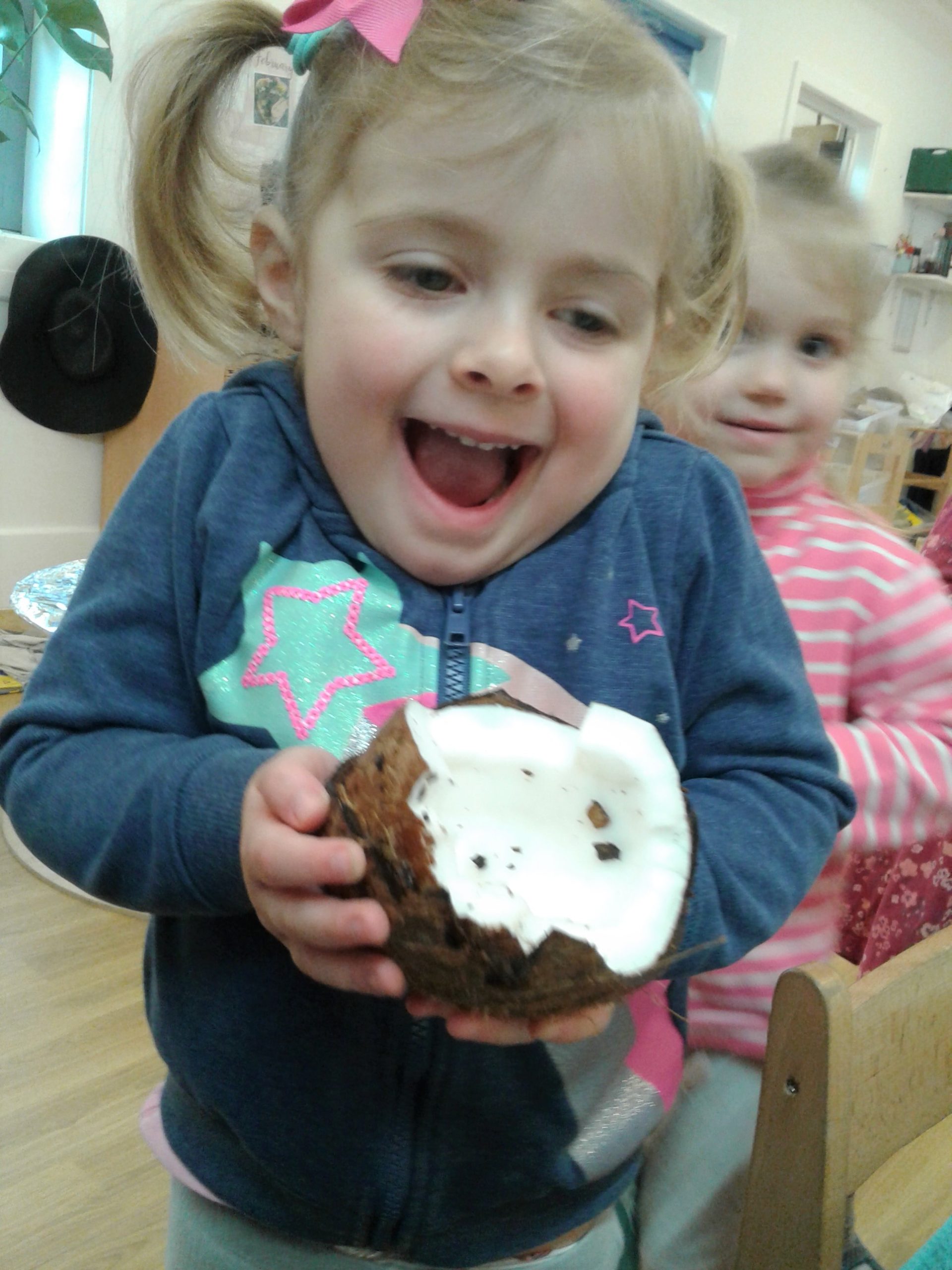 When was the last time you really looked at something closely? This week the children took a closer look at a coconut, some children were unsure as to what it was but were curious to explore and find out more…

The children spent time examining the coconut touching and smelling and describing how it felt, using words like, “Prickly”, “Hairy” and “Straw”. We talked about and looked a photos of where they come from and how they grew and discussed whether they seen any in a shop before.

Next we talked about what may be inside….Karen tried to open it by using a hammer, hitting it lots of times, but it wouldn’t break, which the children found hilarious!  So Tracy hit it VERY hard and finally it split open. We looked at the milky water inside and talked about the white filling that is called meat (which the children did not question at all!). Then talked about the husk and how hard it was and also had chance to taste the coconut too. We now have a big book next to the coconut which has got lots of facts and pictures for the children to explore and more room for the children to add their pictures too.

The opened coconut was placed back in the curiosity cube and after a few days passed, the children noticed and were very interested in the fuzzy mould that grew. This lead us to talk about how things break down & decompose, so we are going to keep watching to see what else happens as the coconut decays.

Next steps, to talk about what else grows on trees e.g. dates, apples, pears.

EYFS Links
Understanding the world: The world – Comments and asks questions about aspects of their familiar world, such as place where they live or the natural world, 30 -50 months

Understanding the world: The world – Can talk about some of the things they have observed such as plants animals natural and found objects, 30 -50 months

Communication: Speaking – Use talk to connect ideas explain what is happening and anticipate what might happen next, 30 -50 months 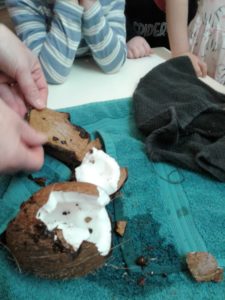 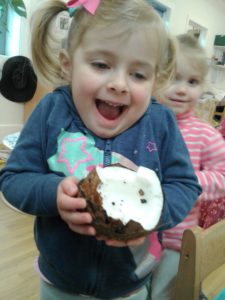 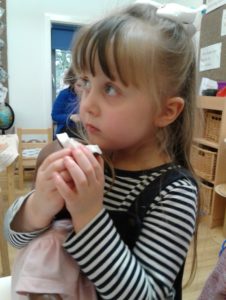 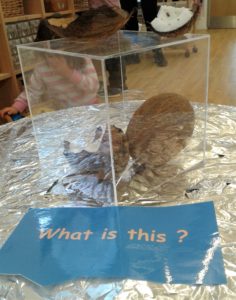 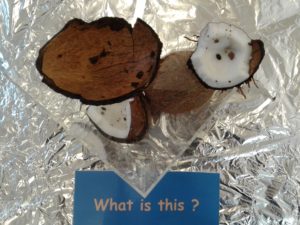 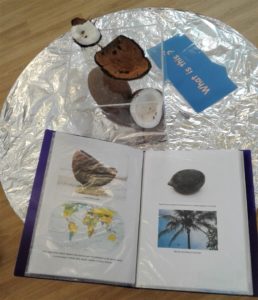